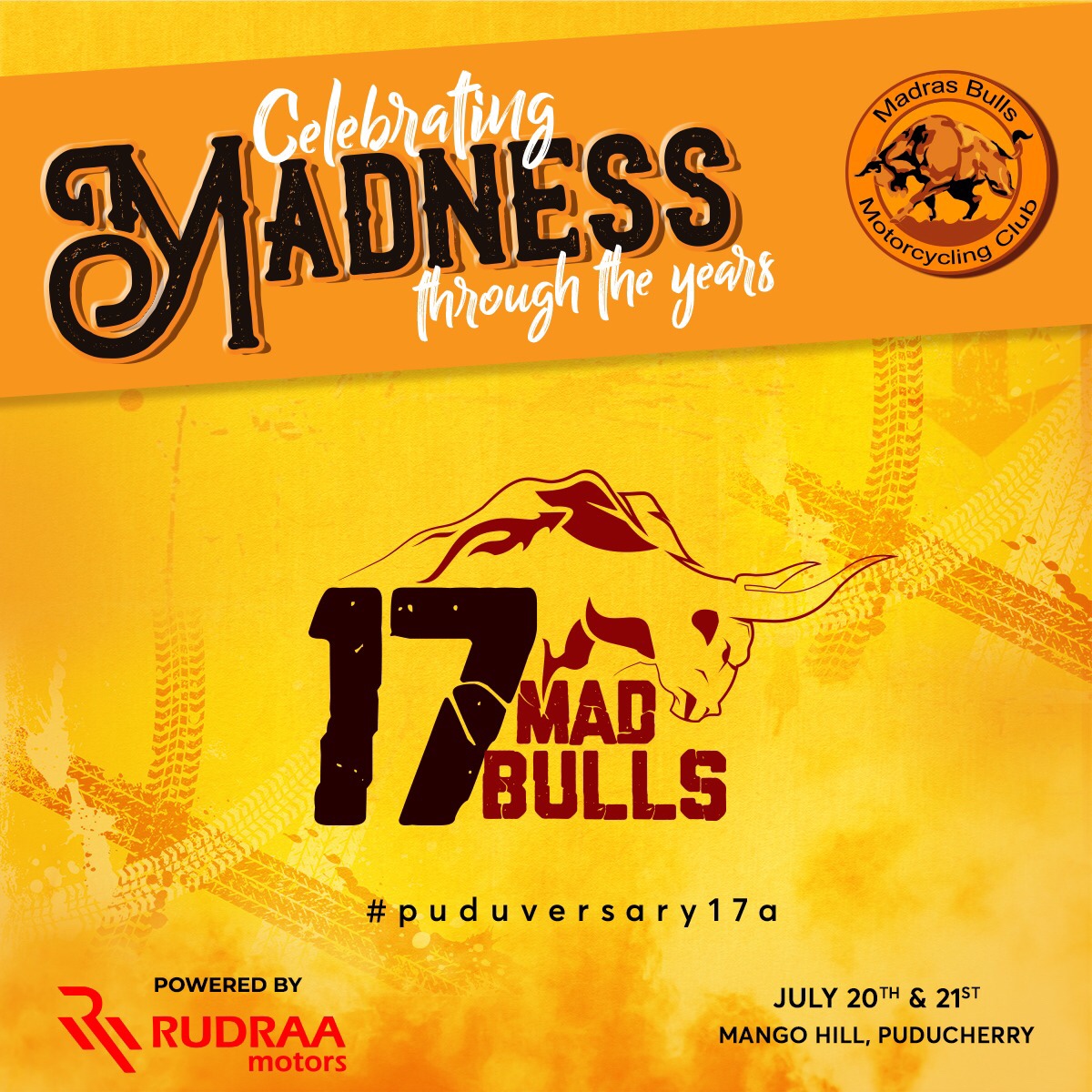 17 years. 17 crazy years. That is a long time. I am going to take a moment to let that sink in. The last 17 years have been crazy and in all of it ,we have been the same. That excitement of meeting old friends, the warmth in making new friends, the passion in our hearts when we hear of a new destination, the crazy idea of tinkering with our motorcycles and so much more, has stayed exactly the same in all of us despite the many years that rolled by.

Pudustory 2 or #puduversary17a was a follow up to the hit debut of #pudustory 1. The memories of that ride are still fresh. From exploring the salt beds at Marakanannam, to the lunch and befriending the pretty waitress at Tanto’s, to the party that followed and the induction of new members into the club – every bit of it was still fresh.

#puduversary17a was aimed to be a bigger and larger event than #pudustory 1 and everyone was looking forward to the agenda, the ride and the event in general.

Registrations opened up and very shortly were sold out – much before the cutoff date. The excitement was building as we extended the invite to other clubs and before we knew it, we had a problem in our hands. A good problem though. Although we were sold out, we kept having requests from multiple clubs. Feroz and Raasu were neck deep in trying to keep things at bay and figure out accommodations for all the riders. Promotional images and videos had our social media channels buzzing with action like no other.

Slowly, things were falling into place. Registrations, sponsorship, check-in timings and some of the do’s and don’t’s. Pondy is a chai stop for most of us. But for the other clubs riding in, it was an average 400 kms one way.

There’s something about 17. Something very intriguing. Something very tender, yet exciting at the same time. It is the age before one turns an adult, steps on a different tangent and what not. MBMC at 17 somehow gave that same feeling.

I was to ride out with the group on Saturday morning at 7 AM, but thanks to one of the sponsors, that plan changed. With a luggage larger and heavier than any one of my road trips, I took off towards Pondy, alone. Looking from the back, no one would say I was riding a 650cc twin cylinder motorcycle.

The bag I was carrying hid the motorcycle completely. Instead, all was seen was a TVS50 carrying a huge sack of luggage. Throughout the ride, I wanted to stop and get some chai, but the thought of parking, taking off my gear and then getting on the bike again kept me going on till the venue.

Pondy came by rather quickly, a little under 2 hours, and I was surprised how #irene handled herself. I did not want to push speeds as braking would be an issue, so kept her at the 110-120km/hr range. The new Timsun’s felt very confident and the brakes had good bite too. I could not be happier to get the luggage off the bike and finally being able to sit on the seat comfortably.

At the venue, it felt like Christmas. The location – Mango Hill was completely booked by us and the parking lot was filling up fast with Enfields.

The many volunteers setting up the place, hanging posters, setting up the walls and making sure that everything was perfect for the hosts and the guests. The beer was already flowing, thanks to the prior arrangements and the day looked absolutely perfect so far.

As the folks started rolling in, there was nostalgia in the air. Every hug given that day had more gravity than words could express. There was immense joy in meeting riding buddies, sharing old memories and just feeling happy that we were all at one venue at the same day. MBMC had a timeline put on the wall and it was pure awesomeness to track the various anniversaries that we had hosted. 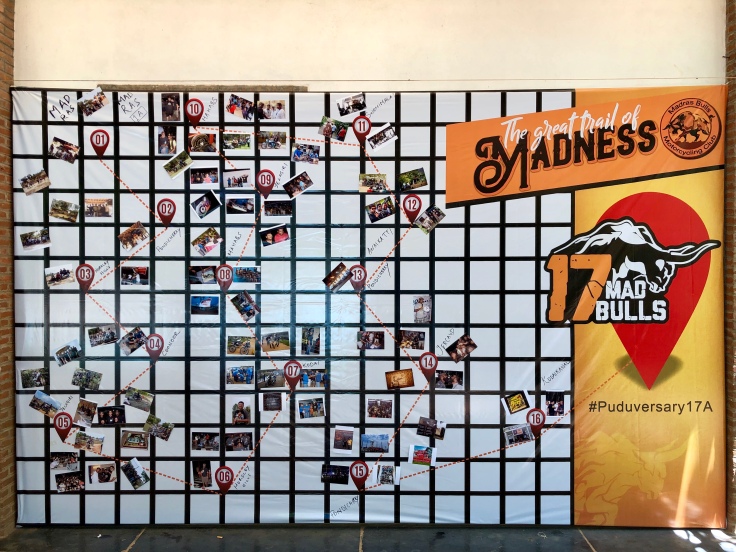 Hari and Bra had made photographs of what they could find that was duly stuck on the timeline. We were sure that the banner was going to be stolen that night and as we woke up to Sunday morning, the wall was empty. This was something we used to do earlier too and bring it back home to hang it on our walls or at E47.

The day went by with many conversations, laughter, memories, beer, swimming pool scenes and pure frolic. We were having the time of our lives, enjoying every bit of the day, treasuring every moment and making new memories. This was what life was all about – To be able to laugh your heart out, throw away the cares of the world and for those few hours/minutes/seconds be liberated. Lunch went by, and the games at the swimming pool went on. 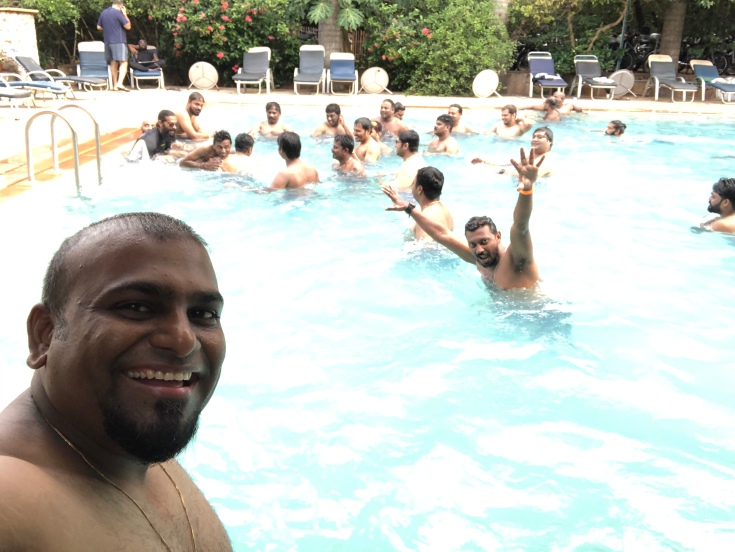 For that day, we were all amphibians -inside and outside. The fun did not seem to reduce in any manner at all. I retired to catch some shut eye. I had barely 2 hours of sleep and my body was aching for some shut eye.

That sleep definitely felt good and very soon we were gearing up for the evening party. The DJ was setting himself up, sound check was in progress and slowly everyone were gathering for the party. This was the formal part of the evening where we took a moment to thank the sponsors, the resort, the riders from all the clubs, Bose sir and importantly – all the madbulls.

Formalities aside, it was time to get the night started. The DJ ensured that everyone was shaking their legs and more. As each minute ticked by, the warmth of friendship grew. This was yet another anniversary for the club. For many ,this was the perfect time to catch up with old buddies, to feel alive, to feel belonged and to feel young all over again. This was genuineness at its best. The finest of the fraternity, at one location.

As the moon came up, the party still lingered on. We did not believe in letting the fire die out that easily. I think the last of the lot crashed out past 3AM.

The night was well lived and well spent. The party was over and everyone has by now gotten home and are caught up in the daily rigmarole of life and its various responsibilities. But, the memories remain.

Praise God for everyone’s safety on the roads. The last 17 years of the club has seen many many flavors – some sweet, some sour, some bitter. But nonetheless, the fraternity has stayed together despite the storms and remain united to form a bond that cannot be broken. I am a firm believer that nothing happens by chance. Everything happens for a reason. For those who have been part of this journey with MBMC, I am sure you have already experienced our tag line – To hell with you, to heaven with us !

Sunday morning’s ride was a walk in the park. Irene, now without the luggage was fun to zip across the ECR. My mind was working on multiple tangents, but in all of it, we both got back home safe. Another ride done, a few more miles clocked. A huge shoutout to Feroz, Raasu and the many volunteers who helped make this #puduversary17a one of the best anniversaries in the MBMC diaries.

Where do we go? Where do we go now? Where do we go ? 18, of course ! We’re going to be adults soon, but I doubt we’ll change from being the fun loving, laughter spreading, always enjoying madbulls that we always are. A huge round of applause to those 7 gentlemen who decided to meet up for chai and as they kick-started their motorcycles, also kick-started a revolution that has brought all of us together. Cheers to the Madras Bulls Motorcycling Club. May you remain forever young, forever strong and forever mad! 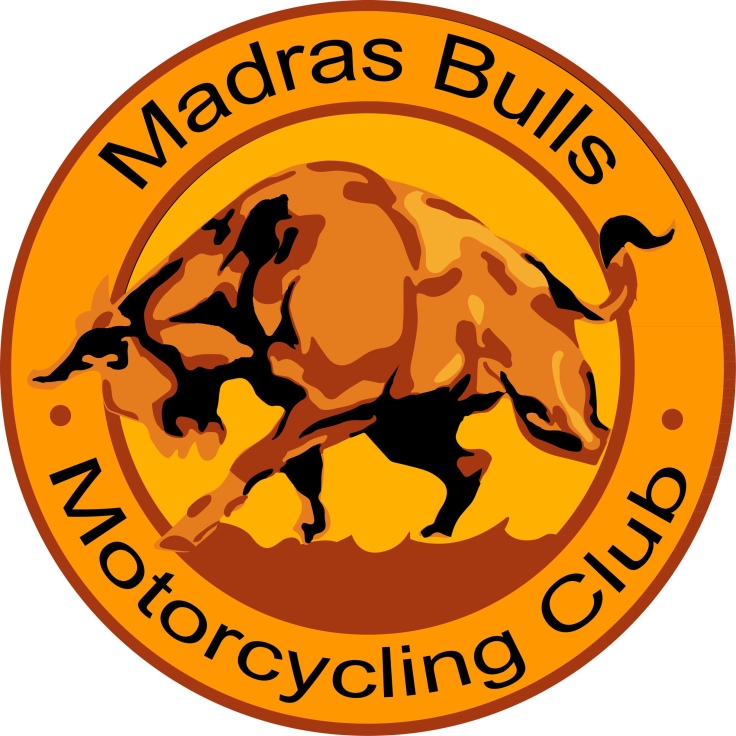